I personally love this time of year—not only because of the crisp weather, the changing leaves, and the return to sweater weather—but the excitement in our household surrounding Halloween is at a fever pitch. Being six years old, Viggo is obviously the instigator (he has been tossing around ideas for what he’ll dress up as this year, since last October 31), but even at two, Gigi is starting to catch on. She hadn’t been that interested until a few weeks ago when she started talking a lot about the various characters she sees on tv and became enamoured with the cute little genies-in-training on the show, Shimmer and Shine.

So you can imagine my delight when I was perusing all the Halloween gear at Walmart a few days after she first mentioned “Shimmer Shine,” and there in front of me was a Shimmer costume in Gigi’s size, complete with the character’s signature pink ponytail. Victory! I snapped it up and continued looking for Viggo.

Viggo had decided he wanted to be something scary this year (is anyone else’s first grader into scaring their siblings/friends/grandparents as much as my kid?). Anyway I have always loved the idea of an old-school, sheet-over-the-head ghost costume and when I suggested it to Viggo, he was on board. We were planning on DIYing one but then I spotted this! I like this ghost costume from Walmart for its simplicity and because there is no blood or gore or anything that isn’t suitable for a kid Viggo’s age (but mostly because I would be saved from having to actually DIY a costume, which is always better in theory, in my experience at least). I picked one out in his size and just to be safe, I added a ninja costume complete with a sword and intricate pieces of faux armour, to the cart at the last minute, acknowledging that I would have to mask my dissapointnen when he chose it over the ghost. But to my surprise, when I got home and showed him both costumes, he picked the ghost right away! Two victories in one day!

The kids have been wearing their costumes around the house steadily and the other day we decided to take them outside for a practice run before the big day complete with coordinating candy buckets and face makeup, glitter, and stick-on jewels to compliment Gigi’s genie costume. I love the kids’ costumes this year and I really love that I was able to get them both, plus accessories and a few decorations for the house for under $100! 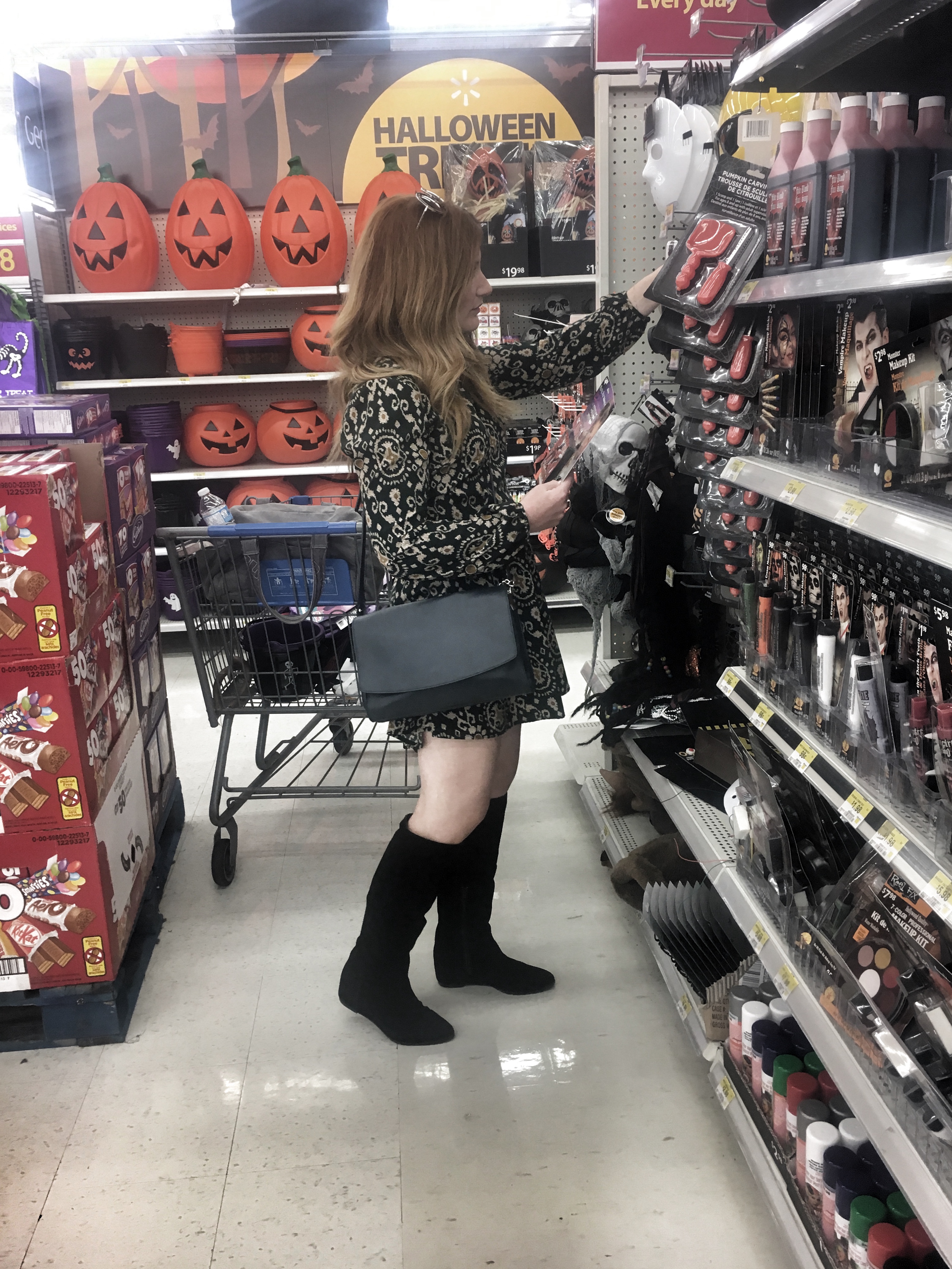 Shopping Walmart’s impressive selection of Halloween accessories including everything from a Captain Hook-worthy eye patch and fake blood. 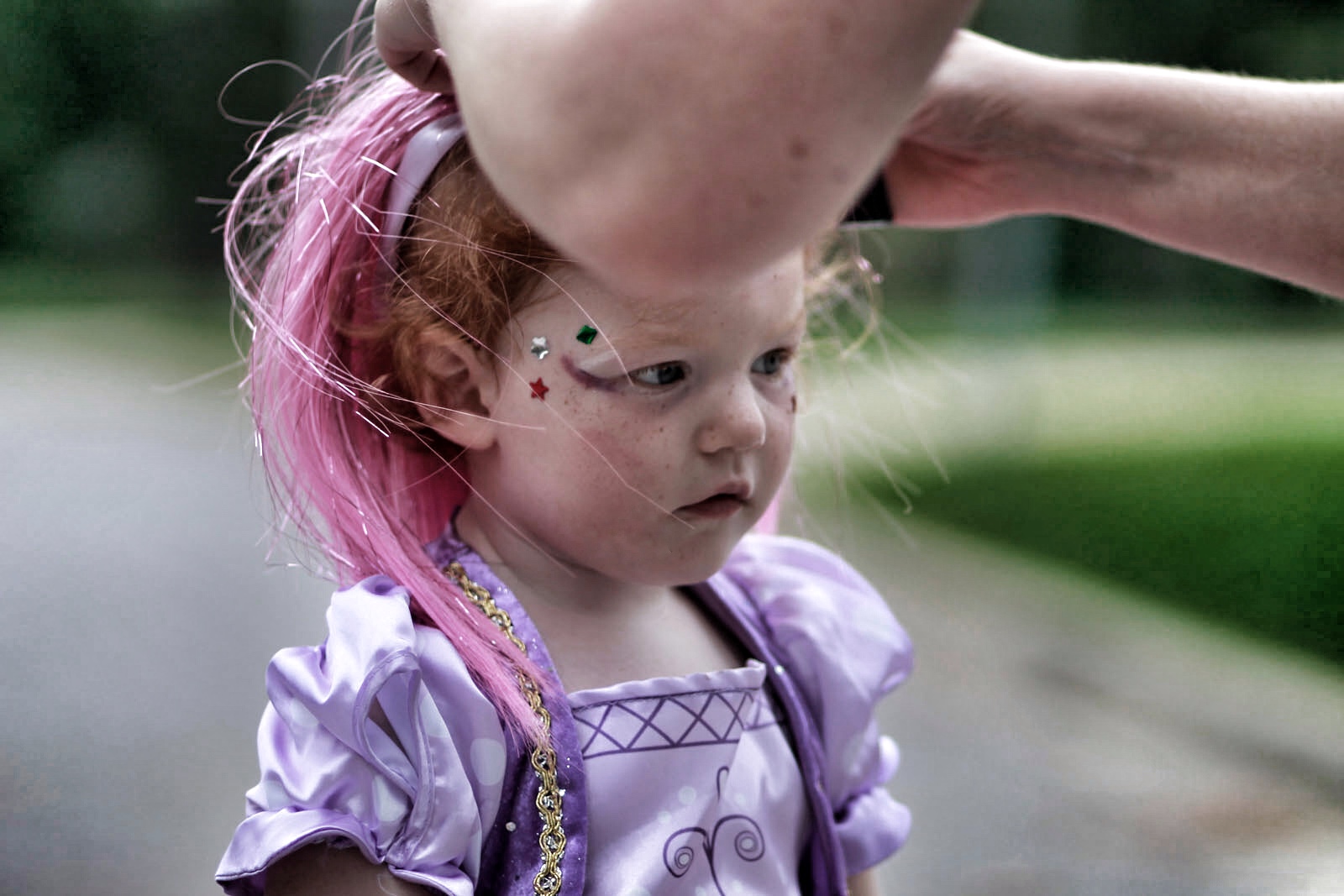 Gigi patiently waiting while I secure her pink ponytail. 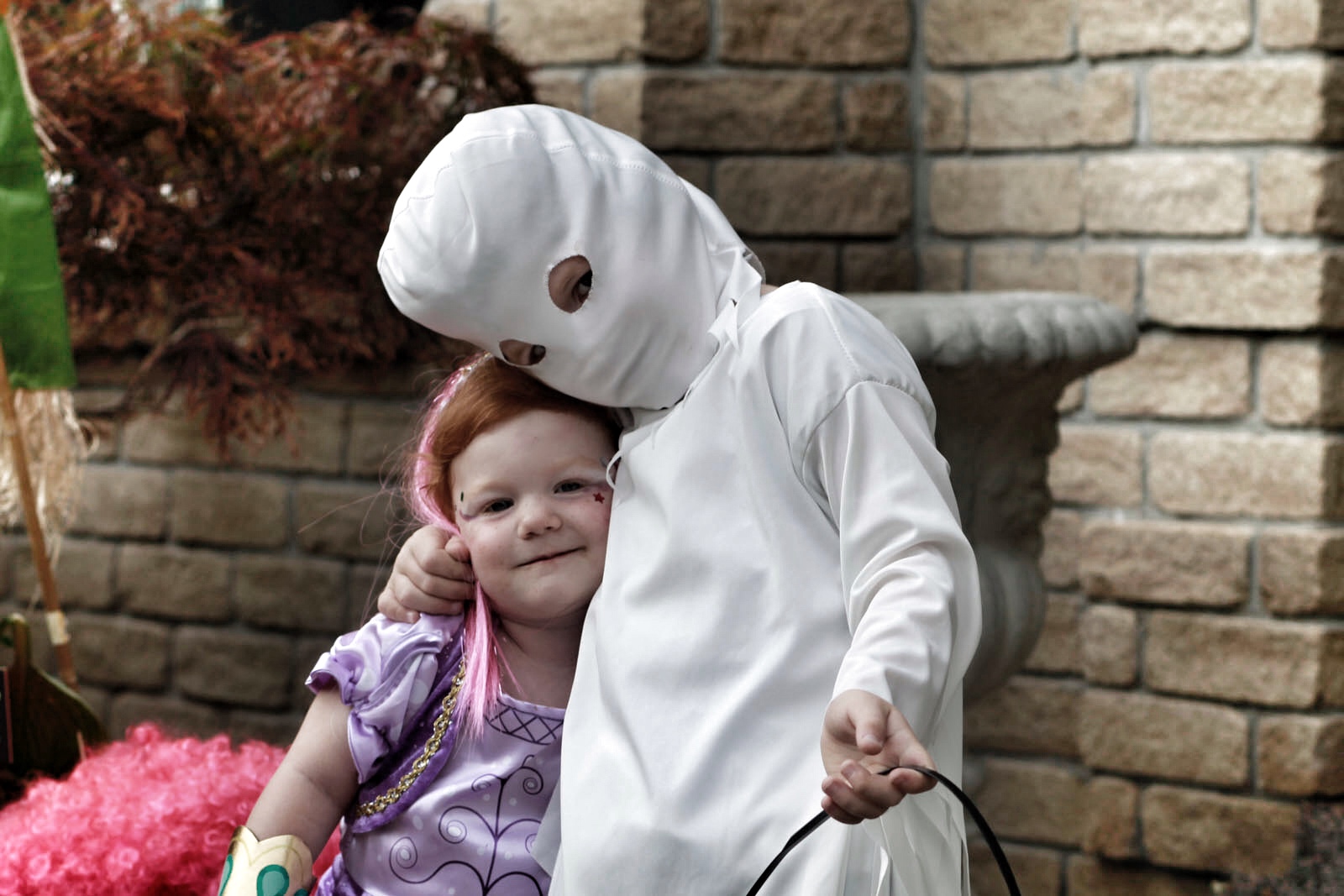 Doesn’t it look like Viggo the ghost is actually hovering? 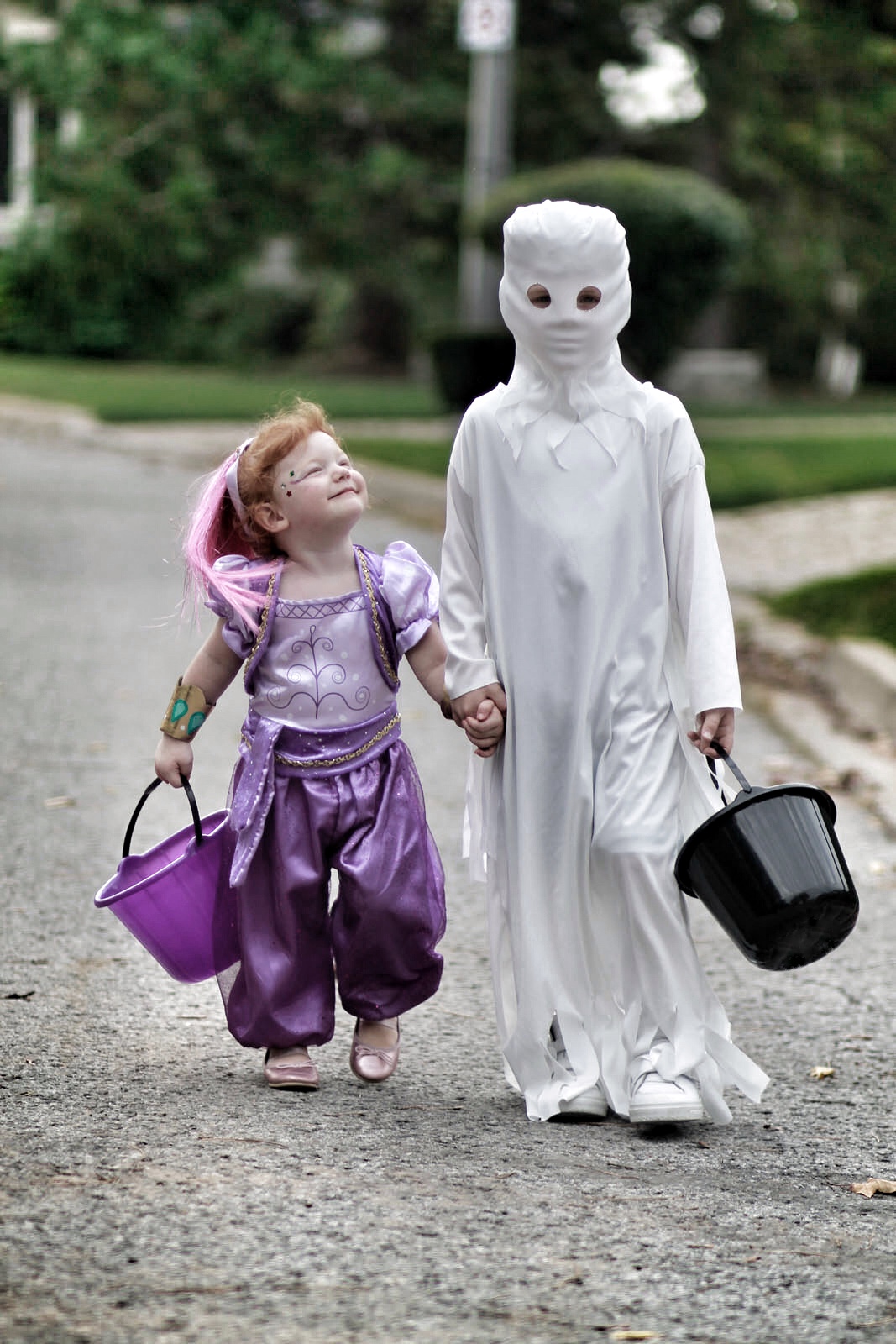 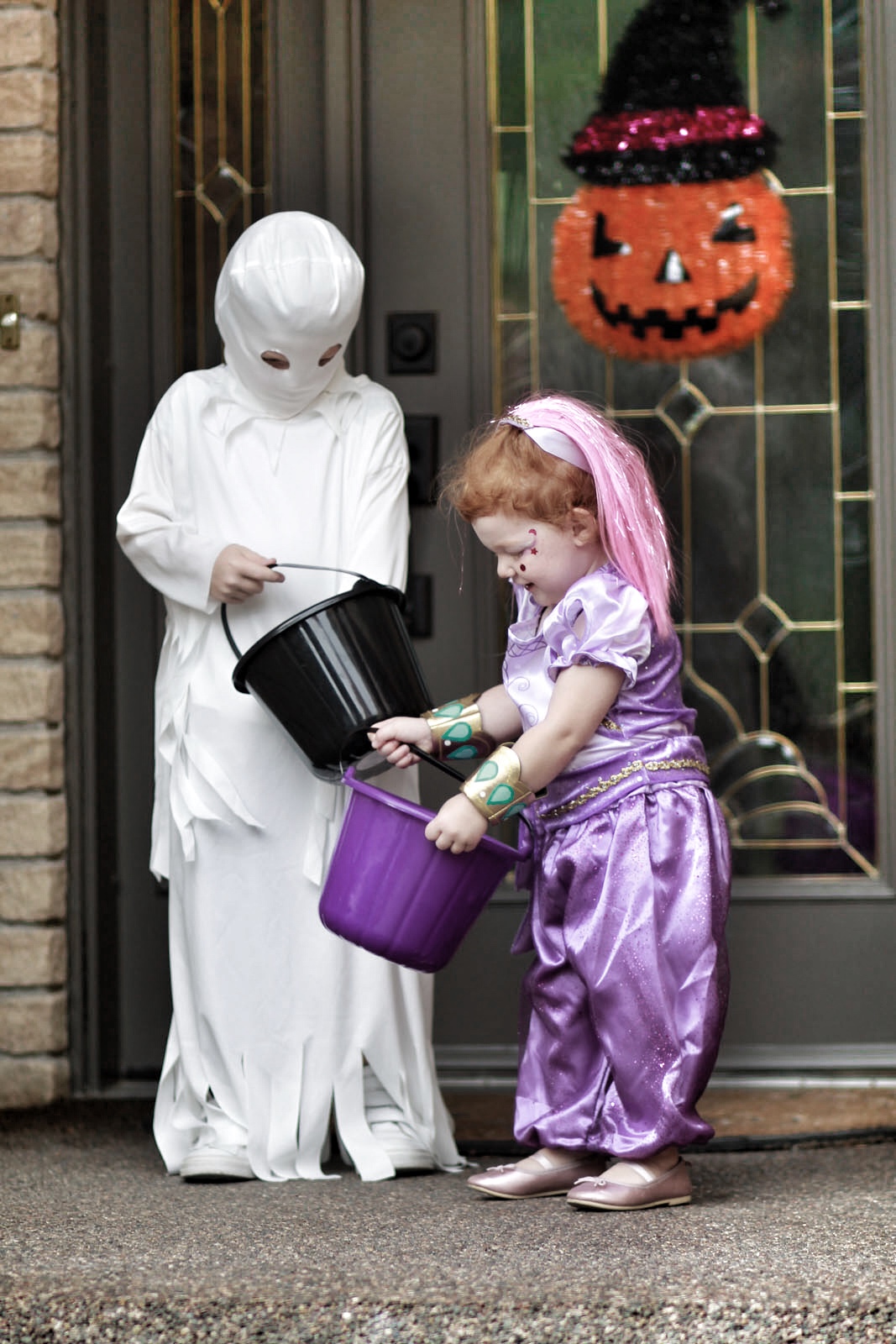 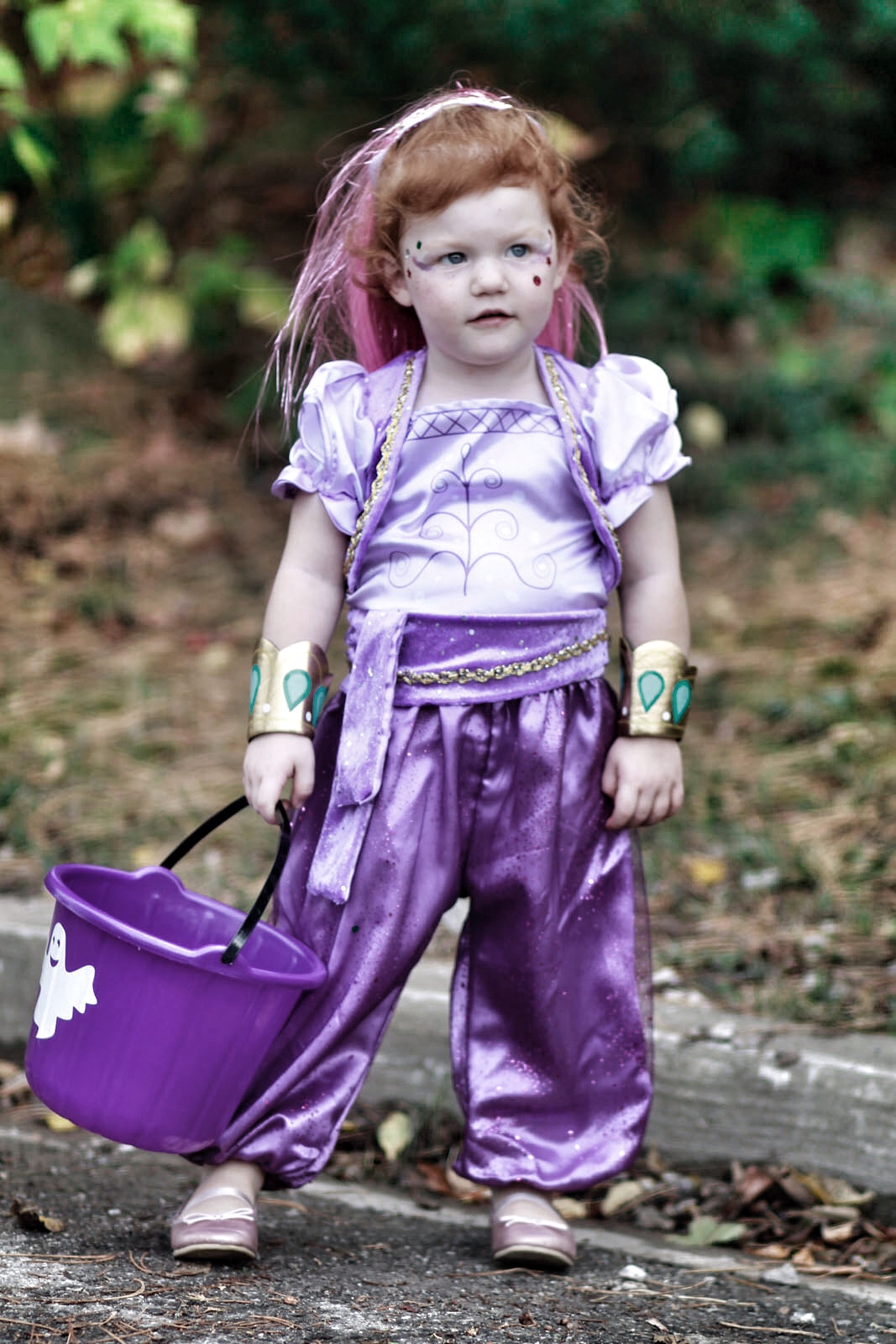 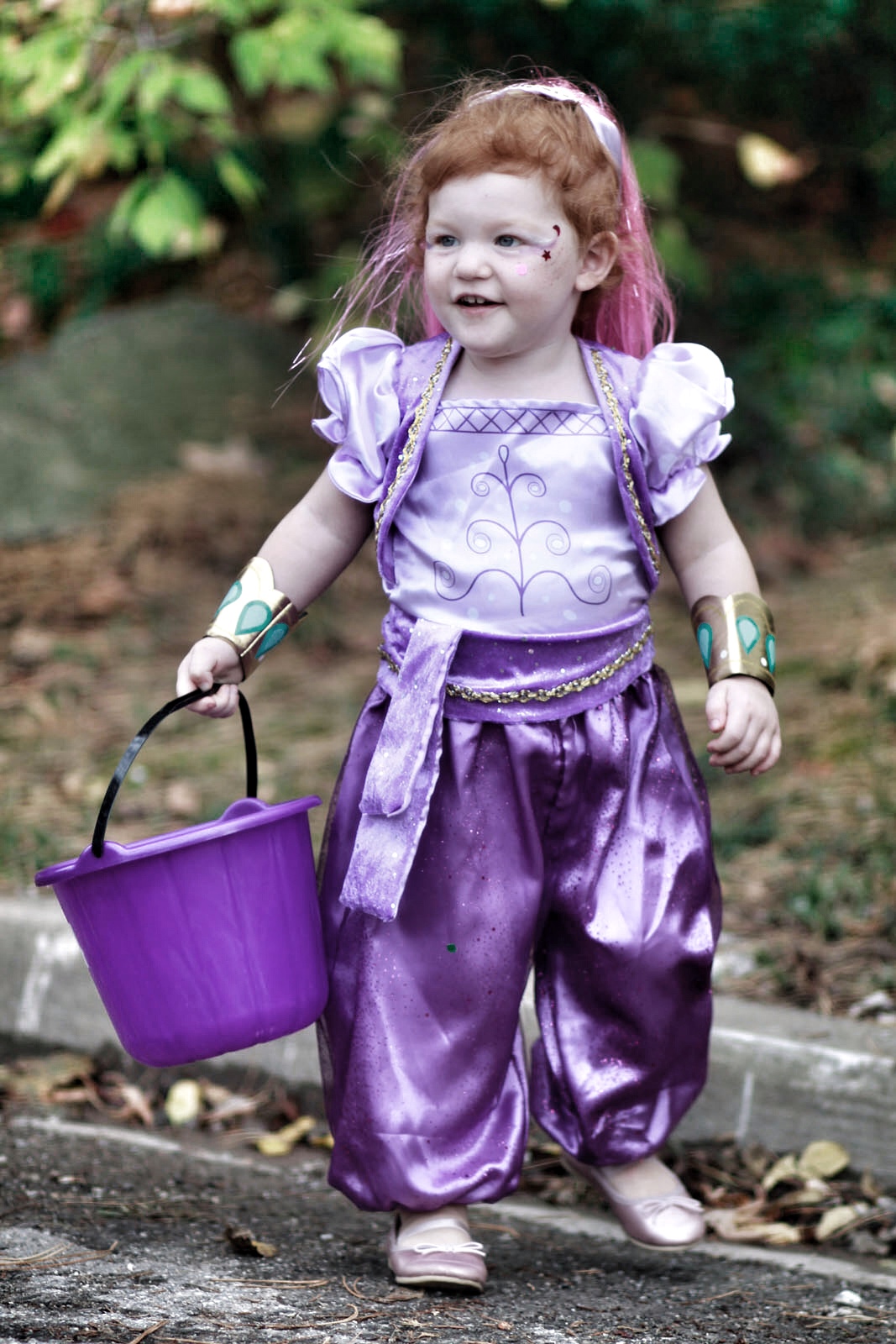 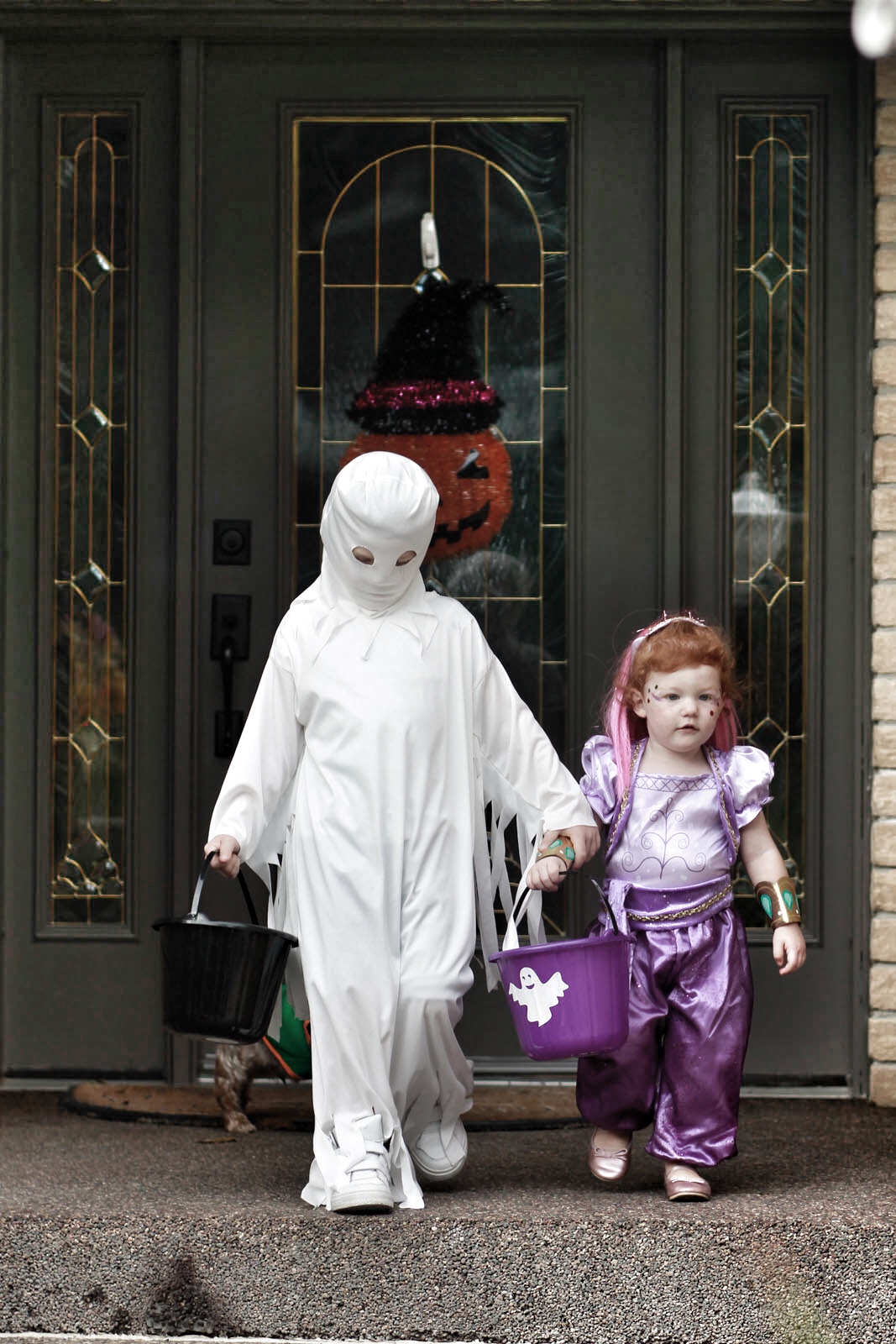 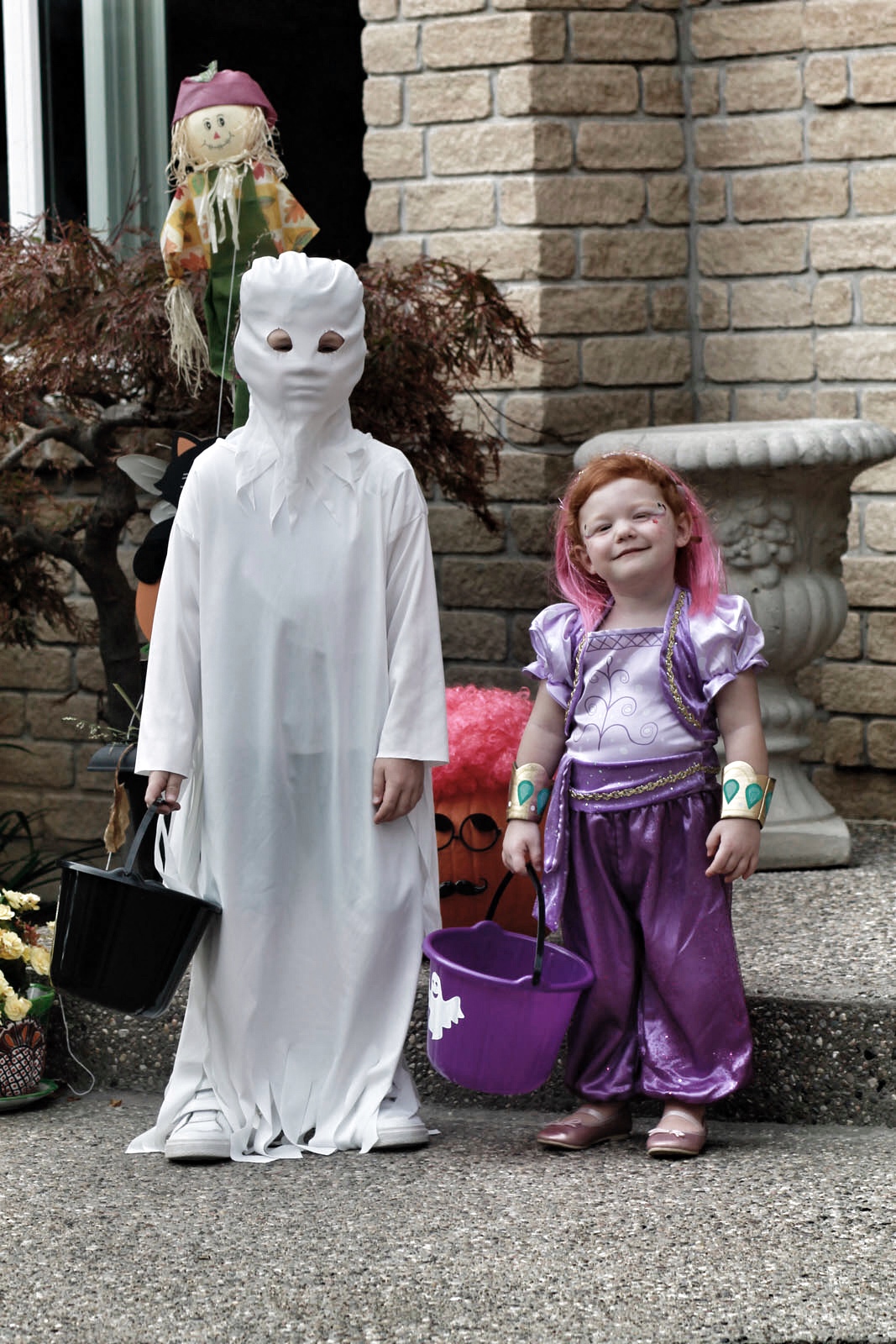 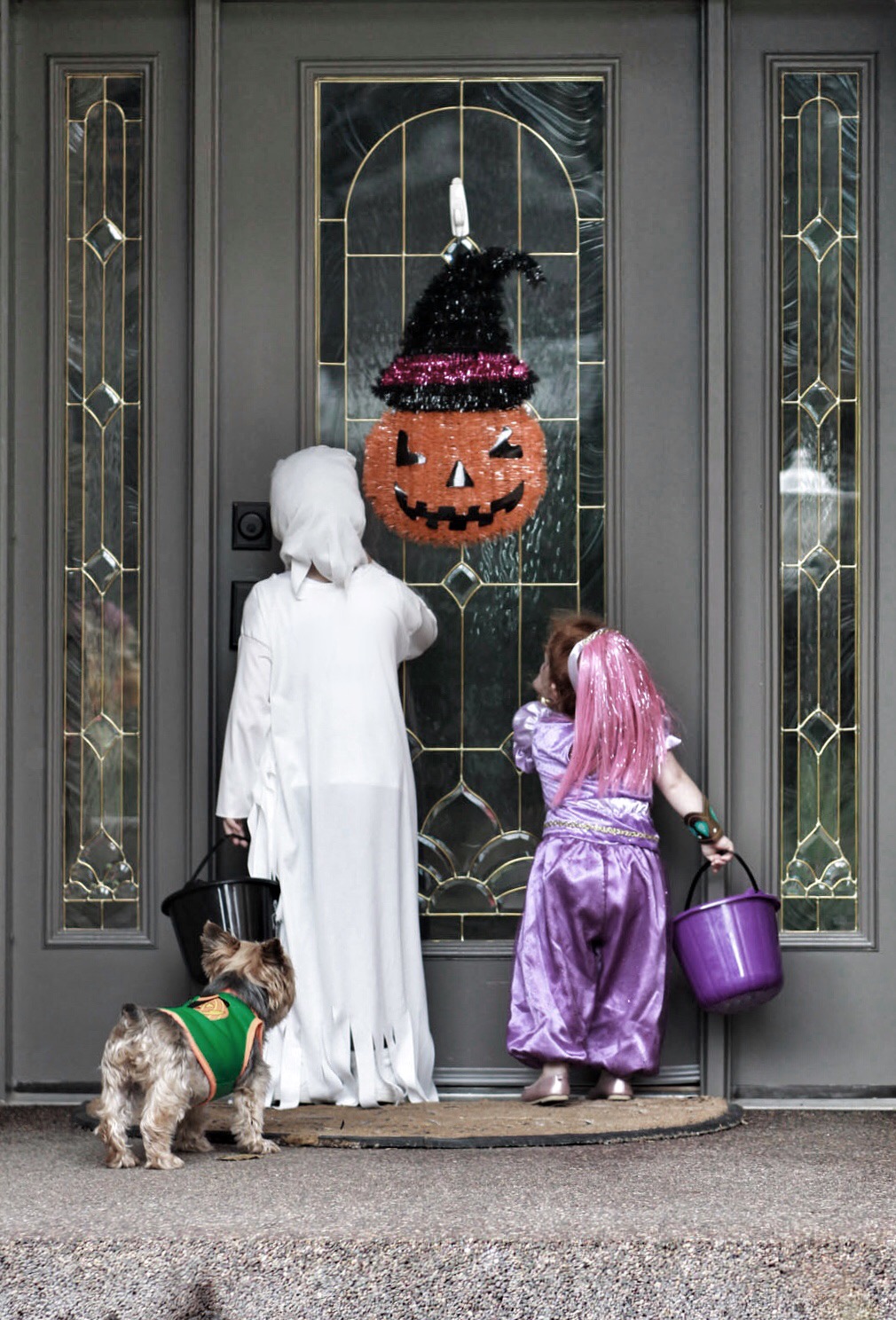 This post is sponsored by Walmart Canada as part of the Walmart Halloween program. In exchange for this post, I have received perks in the form of products and/or compensation. All opinions on this blog are my own.