Monday’s Minimalist Report on a Thursday

So my quest for a pared down but keyed-up wardrobe is going ok if you count the fact that I have been out shopping several times and have managed to resist the urge to buy the cheap and cheerful trend stuff that has caught my eye. It’s almost always an inner battle, but so far my conscience is winning out: “the shelf life is so short on that ruffle-sleeve sweater,” I tell myself. “Think of the big ticket items you have on your To Buy list.” (And by big ticket items I don’t necessarily mean expensive, but rather those items that I need to fill some voids, thereby extending my existing wardrobe).

This definitely helps–keeping my eye on the prize, I mean. That, and a slip-up or two that have only served to substantiate my more minimal goals. Case in point: I live in jeans and as I was trolling what’s left of the Zara sale one night during a much-needed solo outing (not proud that I ended up at the mall), I grabbed a pair of jeans that I “couldn’t pass up” even though I knew they didn’t fit me properly. But somehow the excitement of $25 jeans commandeered my judgement and there I was, holding the ill-fitting, cigarette-cut jeans in a line a mile long. I wore them once or twice and then decided to give them to my sister to see if she had better luck with the fit, disappointed that I had wasted money (no matter how insubstantial the amount), that could have gone towards a pair that I know I’d love, from Topshop (my go-to). Lesson learned (sort of). Yesterday my mama was in town and we did our usual Winners-Marshalls-Homesense circuit and I bought a few things, all of which (except a birthday gift for my mother-in-law), are sitting in the same bags I brought them home in, waiting to be returned. I guess that’s progress, but I hope to get to a point in the near future where neither my credit card nor a return policy have to be involved at all.

That being said, my new-found judiciousness, is extending beyond myself to the kids. I bought Gigi a cute dress to wear to my sister’s upcoming baby shower but the other night I was weeding through her closet and setting aside some of the stuff she has outgrown when I re-discovered some smocked dresses that my mom and grandma had made for my sisters and I when we were little (and subsequently fixed and steamed for use by Gigi). I tried them on her and they looked so much cuter than the new one I bought so she’ll wear one of those and the new dress has joined the ranks of objects set to go back to the store. We’ve also managed to round up some books and toys for donation and the house is actually feeling a little less cluttered! As good as all that is, hosever, this is what I have purchased:

A two-piece bathing suit cover up for me to wear sometime in the future when I reach my #bodygoals (See? It all sounds like it’s going well until I really sit down and focus on what I’be purchased)

Round glasses, a Gryffindor tie, and a black hoodie for Viggo so he can dress up as his favourite movie character for Spirit Day on Friday

Vinyl triangle decals for the accent wall in the kids room

Various baby items for my sister’s impending baby showers (how do gifts fit into minimalism? I guess they don’t really count because you are giving them away)

Bell bottom jeans, a long boho blouse, a striped bodysuit, a romper, and a jumpsuit for Gigi for spring

A two-pack of Shopkins

Paw Patrol mittens for Gigi because she loved them

(And in my cart on Amazon.ca: a kids’ nylon knife set, a kids’ cookbook, and Piggy Paint–all for the kids for Valentine’s Day)

These are just off the top of my head. I’m sure there is more if I jog my memory by looking through my receipts.

Yeah, I’ve got some work to do, but I have also been focussing on putting more outfits together from basics that I already have in my wardrobe as in this outfit below! 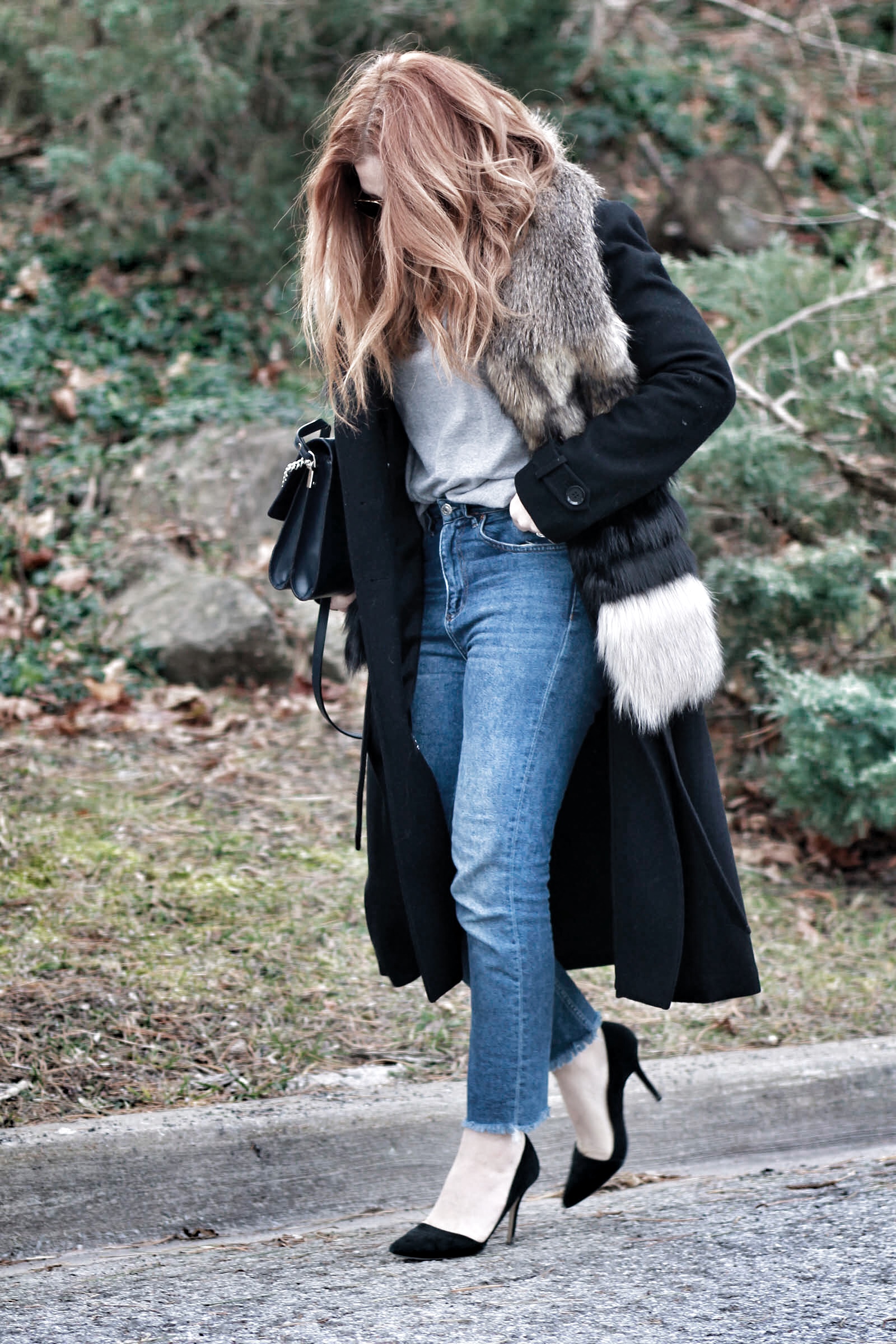 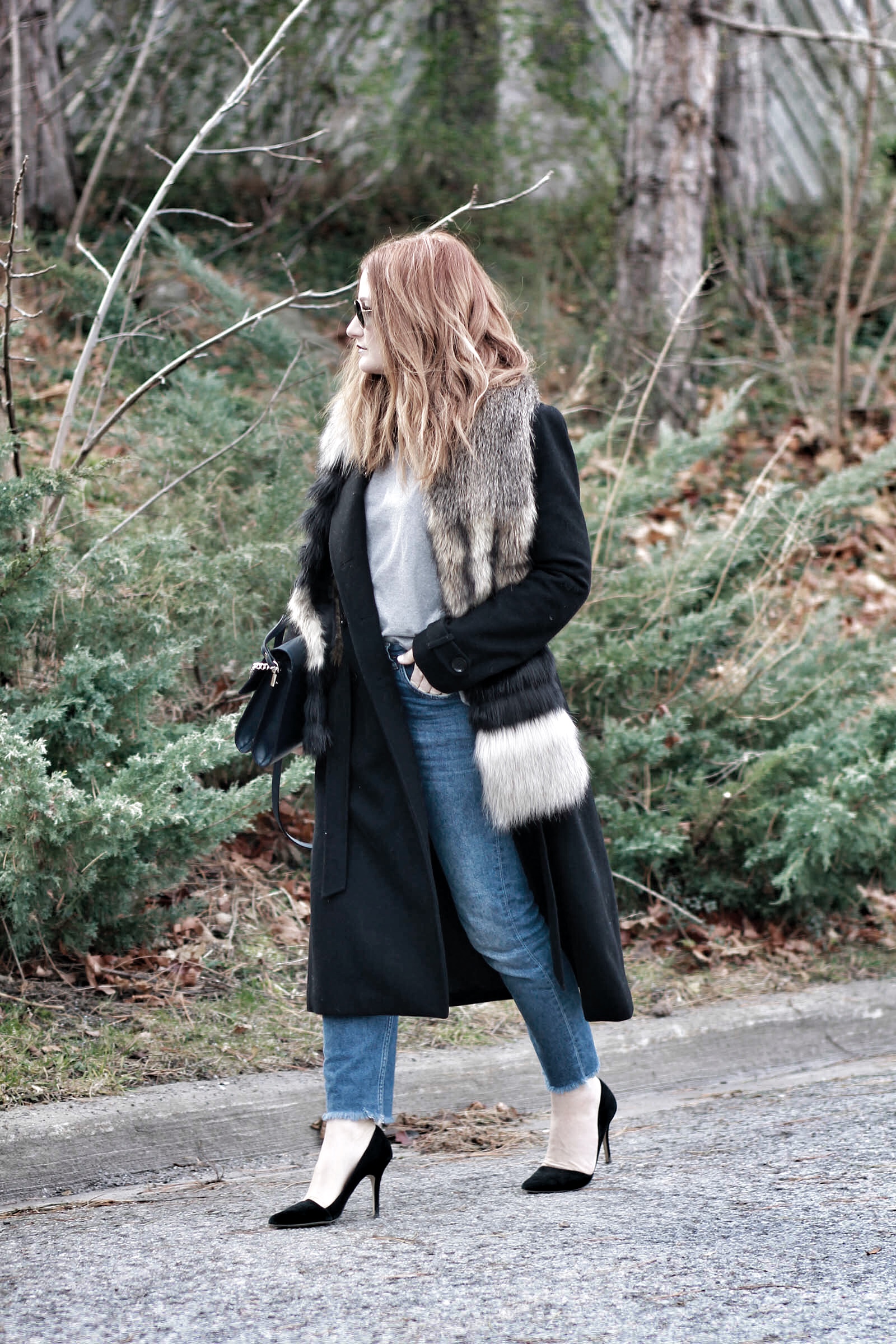 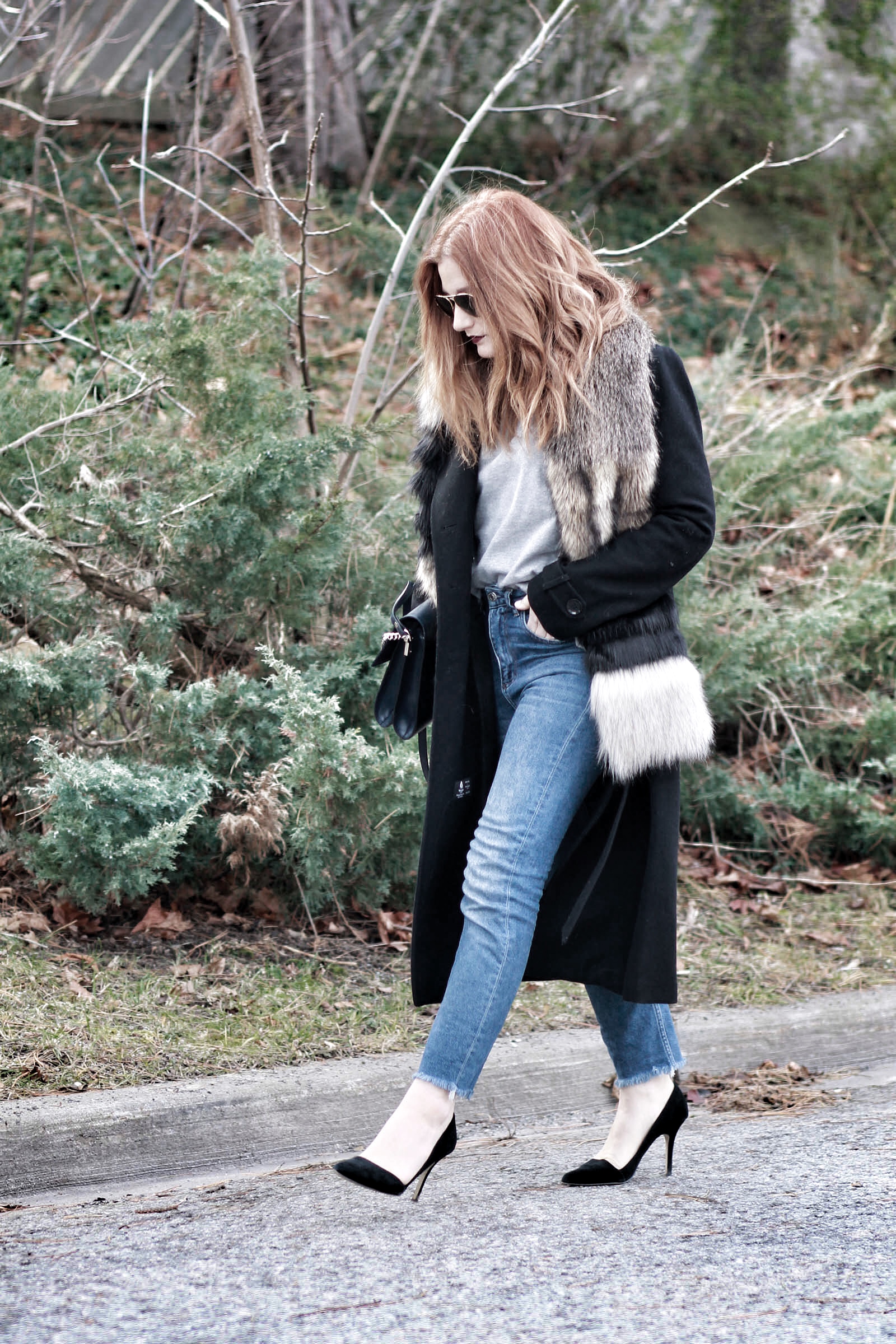 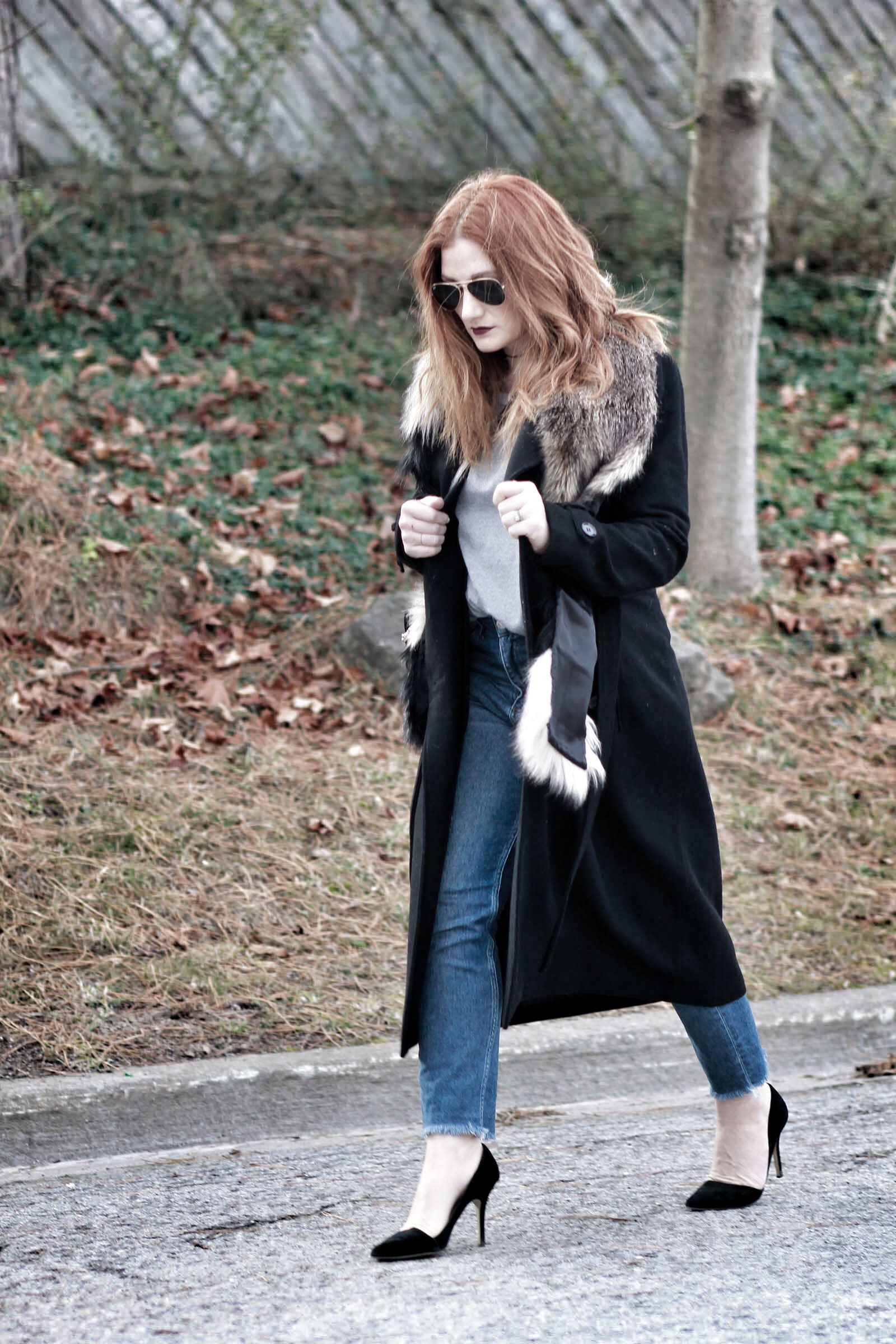 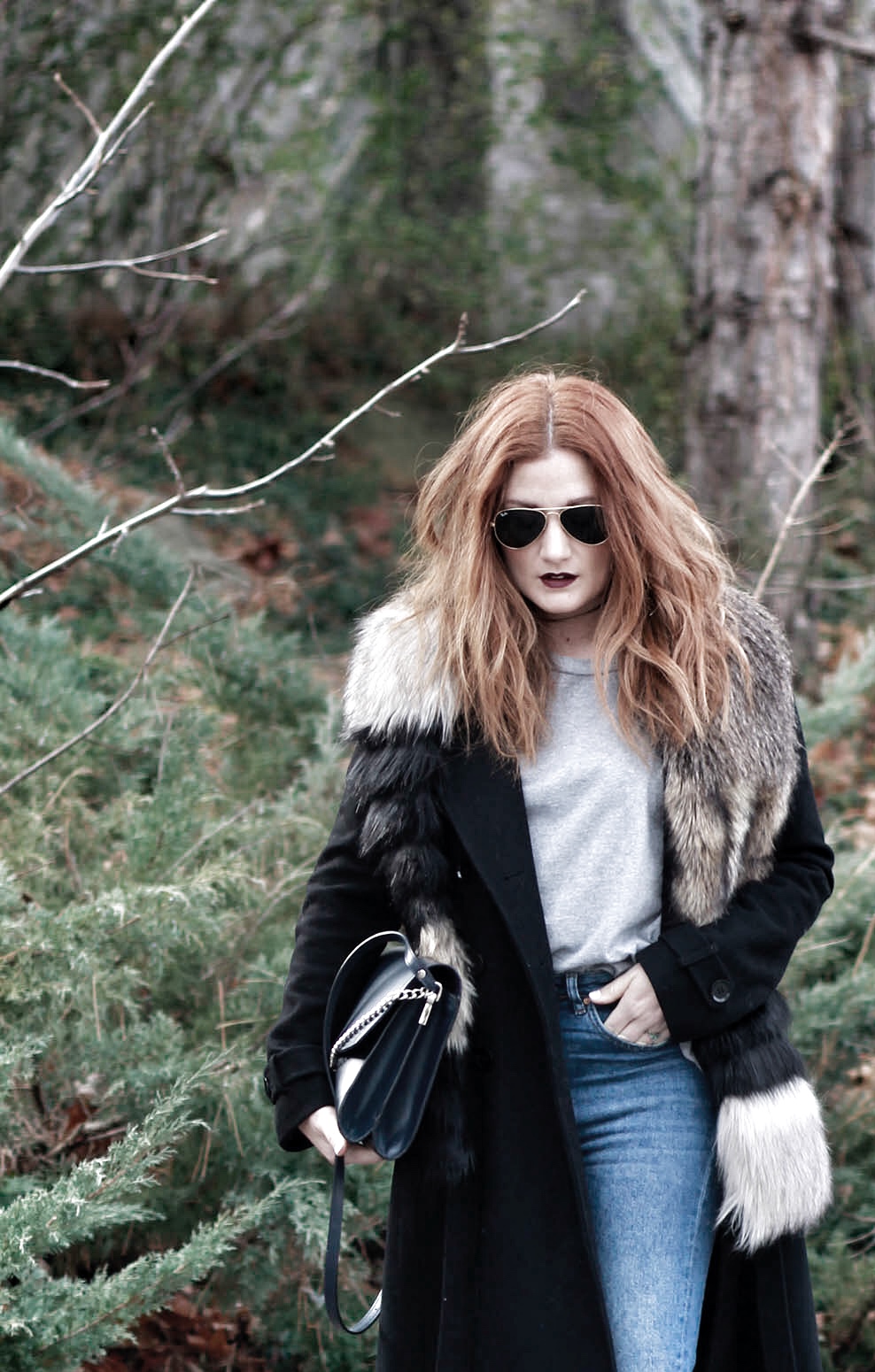 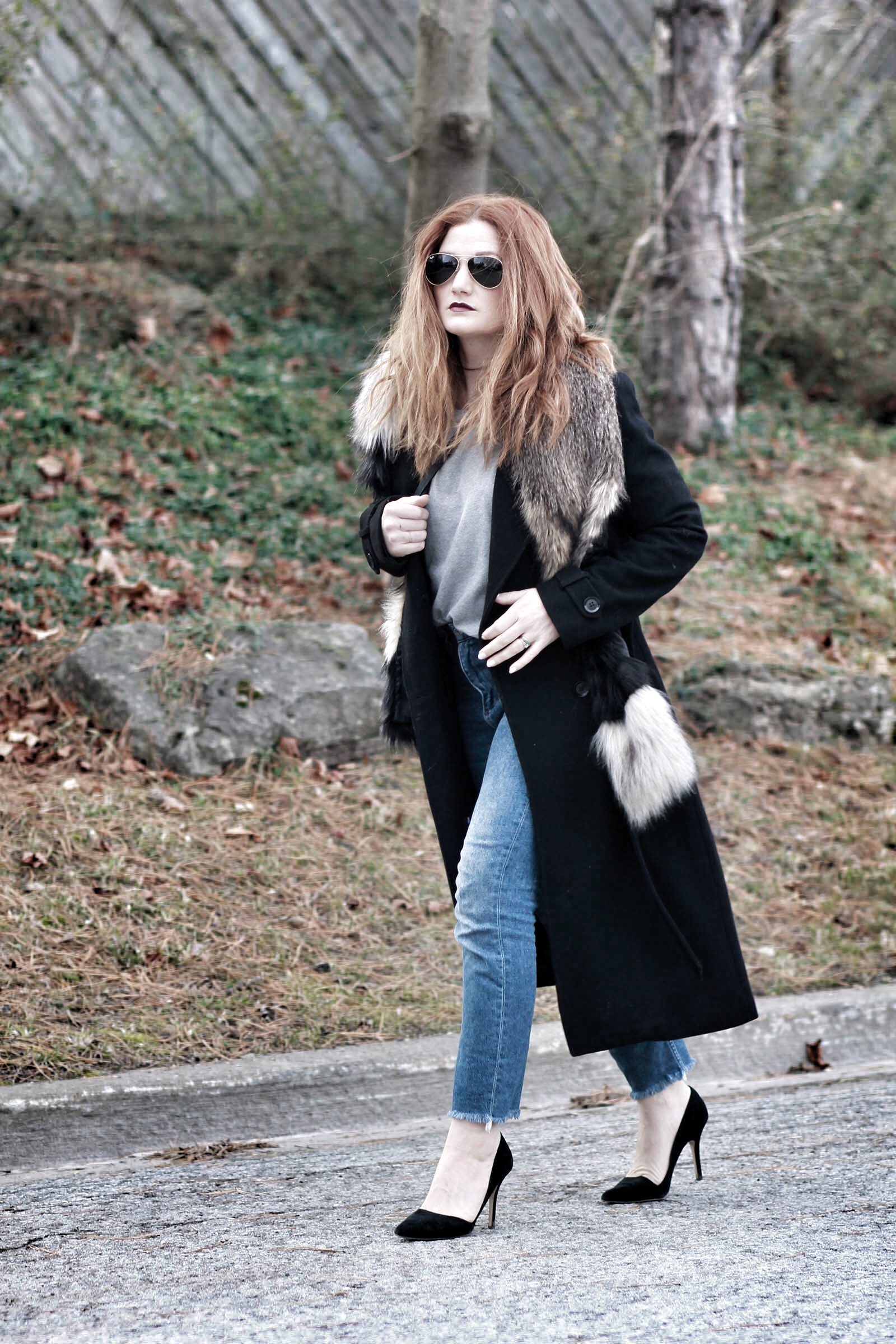 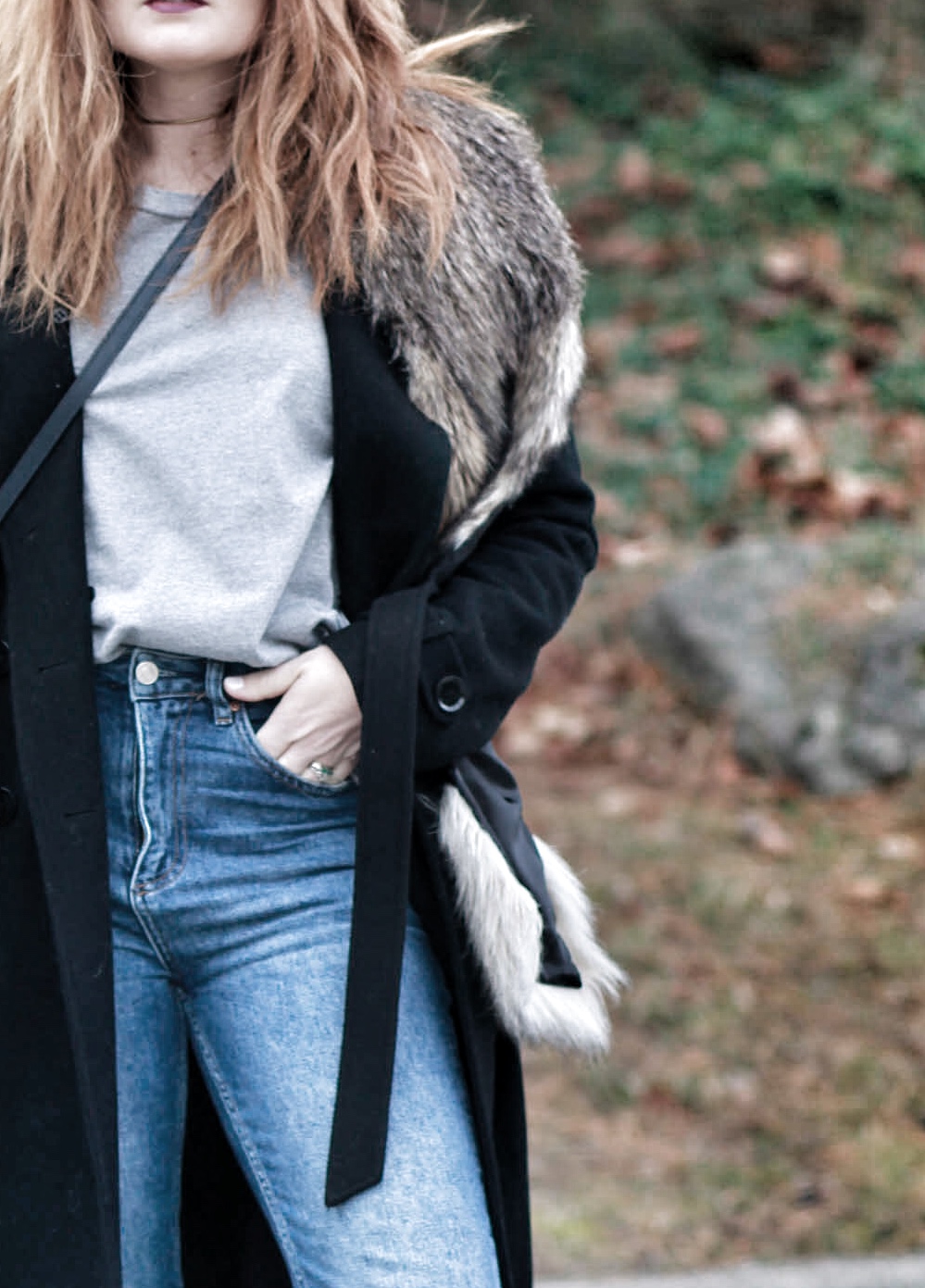 One comment on “Monday’s Minimalist Report on a Thursday”